Dangerous Drugs are preparations referred to as either Prohibited Drugs or Regulated Drugs. These drugs require a special prescription from which is highly monitored by Dangerous Drug Board Philippines.

The Dangerous Drug Board of the Philippines is composed of 17 members. At the moment the chairman of the board is Hon. Antonio A. Villar Jr. The chairman and two more are considered permanent members chosen by the President of the country. The rest of the members are coming from different departments of the government along with two regular members coming from Integrated Bar of the Philippines and NGO.

What are included in Dangerous Drugs?

All drugs listed in schedules annexed to the 1961 Single Convention on Narcotic Drugs as amended by the 1972 Protocol are considered Dangeorus Drugs. Most of these drugs are narcotics and hallucinogenics. When you say narcotics, these are agents that are used to relieve moderate to severe pain leading a person to insensibility. While hallucinogenics are drugs that can lead to severe psychotic states, literally causing hallucinations.

Some of the drugs included in these schedules are the following:

All drugs listed in 1971 Convention on Psychotropic Substances are also considered Dangerous Drugs. Psychotropic drugs are those substances such as tranquilizers, sedatives, stimulants and anti-depressants.

Some of the drugs included in these schedules are the following:

Dangerous Drugs are only dispense using an official PDEA (Philippine Drug Enforcement Agency) Form 1-72 also known as the Yellow Prescription Form. Written in the form are the following details:


A valid identification of the buyer must be presented along with the Yellow Prescription to make sure that you are dispensing to the right person. 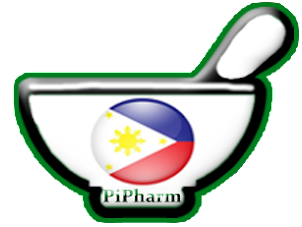